There was an opening  on 10 metres FM this evening. Here in South Wales I could here a number of stations in the North of Scotland with good signals
I worked GM0EKL located north of Aberdeen. Switching between my vertical and my doublet I found very little difference on received signal strength which often seems to be the case on this band. TX signal did however seem stronger on the doublet.

I only became aware of the opening as I have a new piece of equipment in the shack that was scanning, pictured below. 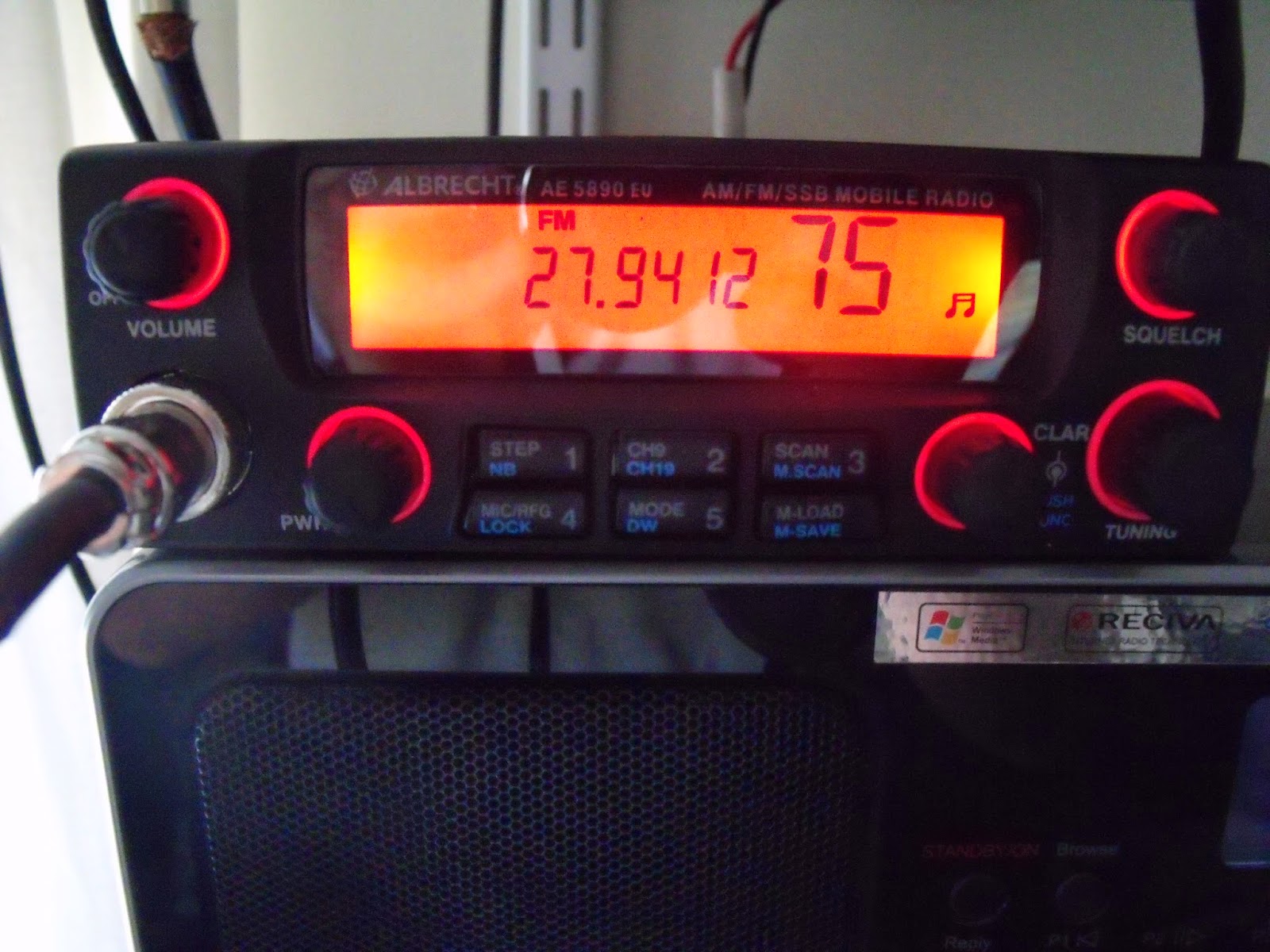 This rig is in fact a multimode CB rig an Albrecht AE5890EU. It is still in its original configuration in which it covers 80 CB channels with multimode facilities on the lower 40 channels (legal in the UK since 27th June) and FM only on the higher "UK" channels. Changing an internal jumper converts the rig to higher powered 10 metre coverage  with repeater shift facilities. The rig can also be configured to cover the 12 metre band.

First impressions of this rig are pretty good. The CB bands in this area are pretty quiet but there has been a little activity on SSB since its legalisation. I operated CB for a short while in the 1980s as a youngster, but was a shortwave listener before that. In those days the band was crowded. Even though my parents lived in a poor radio location at the bottom of a valley it was difficult sometimes to find a clear channel. It is a very different story today. Unless band conditions are good the entire 80 channels are usually quiet!
Posted by GW0KIG at 20:12 3 comments: