During the summer months my radio activity has been less than usual with so many other things to be done! As winter approaches I hope to be a little more active on the bands. I have however been having some fun on 10 metres. Over the past week or so my 25 Watts of PSK31 has resulted in contacts with the U.S, Canada, Chile, Argentina and today, South Africa. On ten I have been using the Antron 99 vertical which generally appears to be (slightly) superior to my horizontal doublet on 28 Mhz.

Today's contact with ZS4GB, Gert, resulted in me receiving this QSL card by Email moments later! 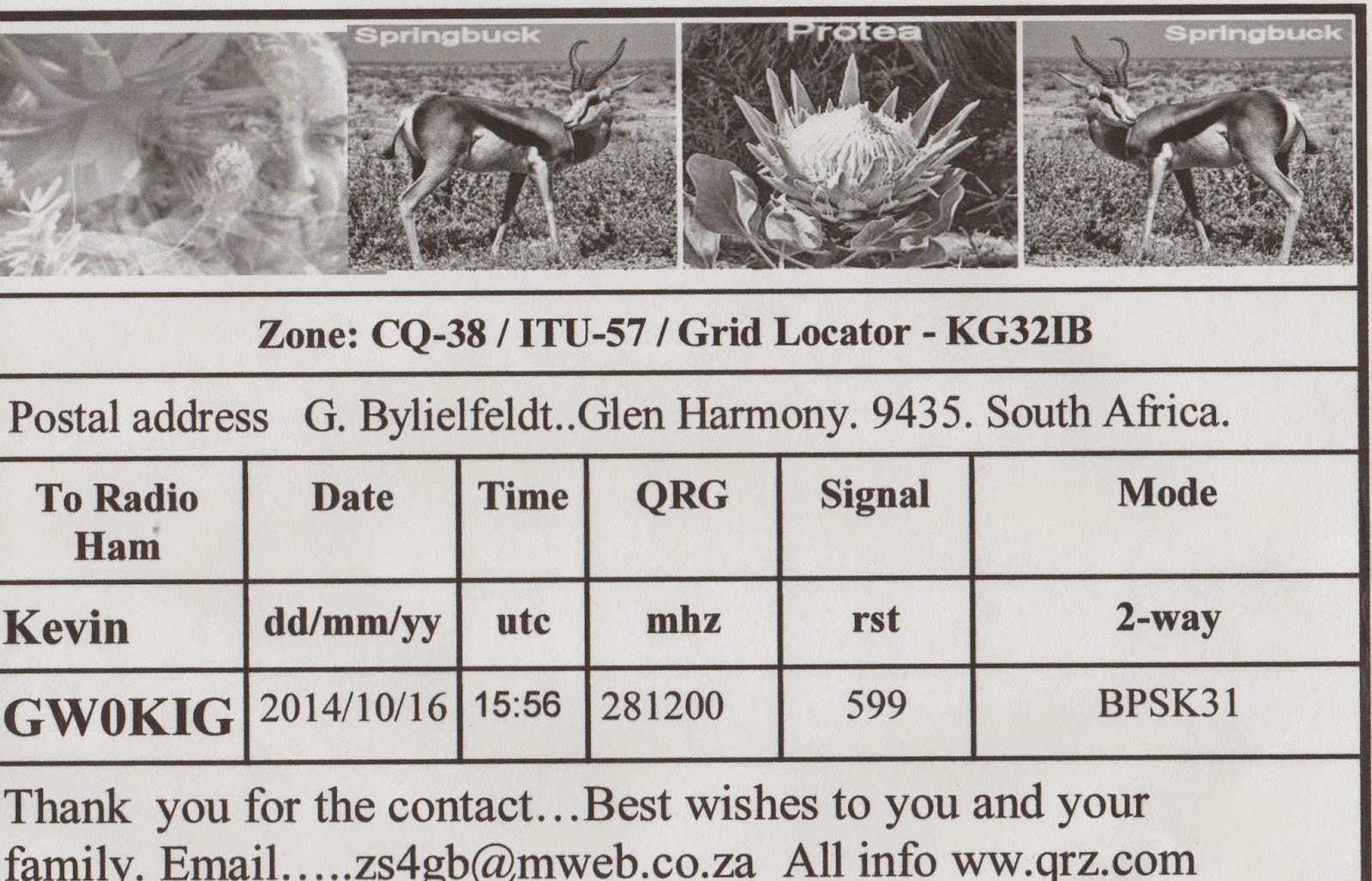