Do not open until Xmas!

I have ordered a new VHF/UHF dual band radio which arrived today. It appears to be a re-badged TYT TH-UVF1. This rig is a Luiton LT-UV.
The TYT version had a favourable review in this months "RADCOM" (The Radio Society of Great Britains's monthly magazine). The TYT was on sale for £99.95 but the Luiton was only £79.99 (approx €95.70).

Anyway since we are close to the Christmas season I have decided that this will be my Christmas present to the shack and therefore it will not be opened or used before Christmas! Expect a short review over the holiday season. 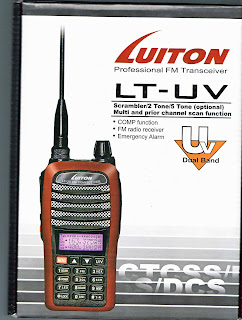 I know I haven't made a post for a little while, partly this is due to having (another) heavy cold and partly because i have been busy with other things. Looking in my logbook a lot of my HF activity has been on 80 metres PSK of late.Strangely enough this is the band on which my antenna is he least efficient since it is basically a 40 metre dipole with an inductor on each leg to bring it onto 80. I am beginning to think that it may not be as good on 80 as my old inverted L was, maybe the vertical component of the L was helping me with the longer distance stuff. Anyway as during the week I am normally only in the shack after dark I am pretty much confined to 40 or 80 metres as the higher bands are still closed in the evenings.
I notice that Ebay is still full of Chinese produced handheld radios. A local amateur here has bought one for use on 4 metres (70Mhz) and is very pleased with it. I see that VHF/UHF dual band handhelds (like the one pictured below) can now be bought in the UK for as little as £79. I wonder is the quality better than the earlier chinese made equipment, as I recall many of their handies had poor TX audio.
it can't be long before the Chinese manufacturers make their way onto the HF side of the market- that will be interesting.

I was in QSO with a few locals on 2 metres the other night and the comment "where are they all?" was made.
In the UK for some years we have had a relatively easy entry into amateur radio vis the Foundation licence. A short basic course and exam could earn you a foundation licence with a power limit of 10 watts and the ability to operate on most of the amateur bands. Foundation licencees can be identified by the m or M6 calls. The strange thing is that as was discussed in our QSO- many local clubs throughout the UK have been running these courses since the introduction of the foundation scheme. Thousands of people must have gained licences, certainly in my local area the radio club has been running courses for years. It seems many people take the course and exam, get their licence and are never heard from again. Certainly VHF is this area is virtually dead. I know there are many M3's and M6s to be heard on the HF bands but I think there are more that we never seem to hear from I Perhaps the current licensing system is not that much of a success.
Posted by GW0KIG at 15:50 3 comments: 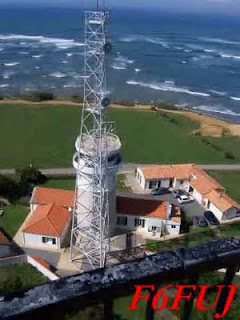 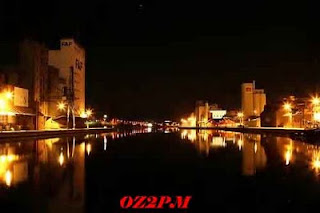 As any readers of this blog have probably noticed one of my favourite modes of operation is PSK31. I have also dabbled with SSTV and modes like RTTY . I do listen from time to time on 3733 LSB where you can find the digital slow scan TV activity, this can be quite a busy frequency in the evenings.. I use the "Easypal" software to decode these pictures, unlike analogue SSTV, you never get a noisy or difficult to see picture , the digital SSTV either gives you a perfect picture or nothing at all. The software is more resource intensive than that for the other data modes and my "radio PC" with its old AMD 1.2 Ghz CPU struggles to run it, but just look at the results. The pictures take a little longer to transmit than standard SSTV and I always felt that the duty cycle was a bit harsh for the rig, particularly if I was to run 50 watts or more. Now I have the SRW linear I could run the rig at 10 watts and get 50-60 watts from the linear, that way I won't be overdriving anything and  I may try a few Digital SSTV QSOs of my own. 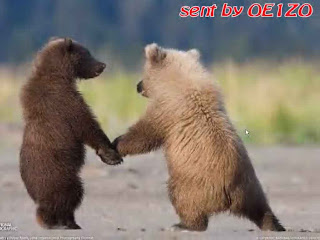 The power of QRP

Listening on my mobile setup this morning to a very noisy 40 metre band. I heard DF2DD calling CQ. His signal was around a 4 and 5 very impressive as he was running only 1 watt! If the band had been a little quieter it would have been an easy QSO. I guess that shows that QRP can really work.
Posted by GW0KIG at 20:02 3 comments: