I changed my car just over a year ago. My previous car an elderly Volvo S40 was approaching 200,000 miles and was beginning to show its age. I had an Icom 706 MK1  in that car for HFas well as a Kenwood TMG707 for VHF/UHF. Fitting the gear was easy enough with space in the centre console for the two head units.
The replacement car a "second Generation" Volvo S40 (an old car in itself- a 2005 model) was a different proposition for radio. In the old Volvo there was a double DIN sized stereo, removing this left a space for a replacement single DIN CD/Radio as well as a space for a radio head unit. In the newer S40's there is no way of removing the stereo, it is built into the centre console and also controls the Aircon, heating etc.
I quickly realised HF would be difficult to install in this car so I settled on a dual band Icom 880 rig for VHF/UHF and it also has D star Capability. The body of the rig is installed under the driver's seat with the remote head mounted on a "Proclip" clipped to the centre console. the clip is a bespoke design for the S40 intended for use with a mobile phone but works just as well with the 880 head unit. 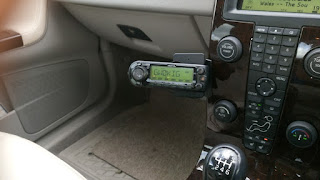 With the addition of a boot mounted dual band whip I am now back on the air mobile! 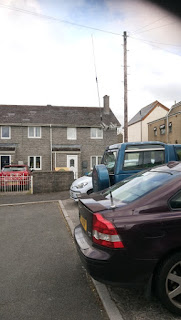 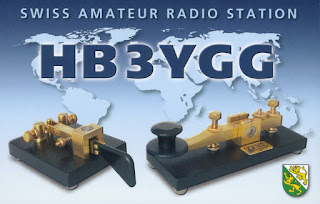 Working at home today and taking a quick tea break I flicked the rig onto 10 metres. One or two stations around and I managed a quick QSO with HB3YGG, Victor. My only HF transmit antenna at the moment is the full size G5RV.
I would like to try a 10 metre vertical from this QTH as I found the Antron 99 which I used from my previous QTH to work very well on 10 and 12 metres. I have a Hygain AV12 vertical lying in the shed which covers 10-15-20 maybe I should get that up?
Posted by GW0KIG at 13:23 No comments: