I am still active. The blog has been neglected, I kept meaning to update it but have only just found the time. I moved QTH at the end of January this year and have been busy with lots of things. Once I had unpacked at the new place I wanted to set up a basic station.Initially I set up an HF station with my Icom 7000 and a very temporary half sized G5RV inverted V held up by a fibreglass pole at about 6 metres high. 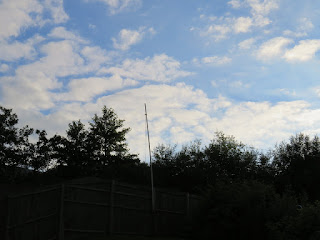 7 months later, you guessed it, the "temporary" antenna is still there! It has however been joined by my 6/2/70cms vertical (which needs to go a little higher) 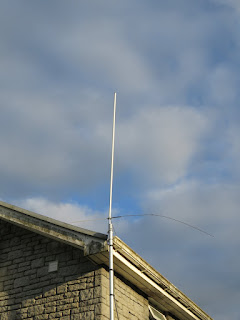 and two antennas for SWL, my trusty Wellbrook loop 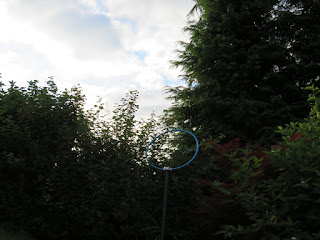 and a "Boni Whip" active antenna 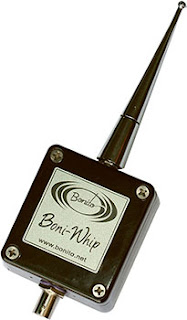 Here it is in place, well for the moment at least. If all is well with it I will be getting some self amalgamating tape on those connectors. The Boni Whip is an adaptation of the mini-whip designed by PA0RDT. I bought this antenna a couple of years ago but with the awful noise problems I had at my old QTH never bothered to put it up. I thought I would try it here. The whip on the antenna is tiny, maybe around 7cms but initial results seem encouraging, it is particularly good on the lower bands. There is some debate  on line as to whether the antenna should be grounded or not. I found mine to be much quieter noise wise after I did this. 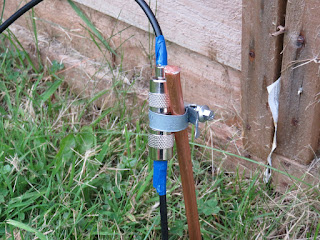 And here it is on top of its mast. 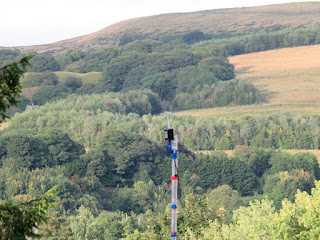