I did a little research before weatherproofing the Pro-Whip Balun. To be honest I had nothing to lose. I have a spare 9:1 balun and if the original balun failed I would replace it. I looked into purchasing the purpose made compounds for "potting" electronic components but they were expensive and sold in larger quantities than I needed. In the end I settled on "neutral" silicon sealant, the type used to seal around external window frames. Since this contains no Acetic acid (which is corrosive and is found in the many of the bathroom type sealants) it should not attack the solder joints. The balun is now waterproof as  the box is filled with sealant, it doesn't look pretty (although the picture is of course with the cover off) but it should do the job. 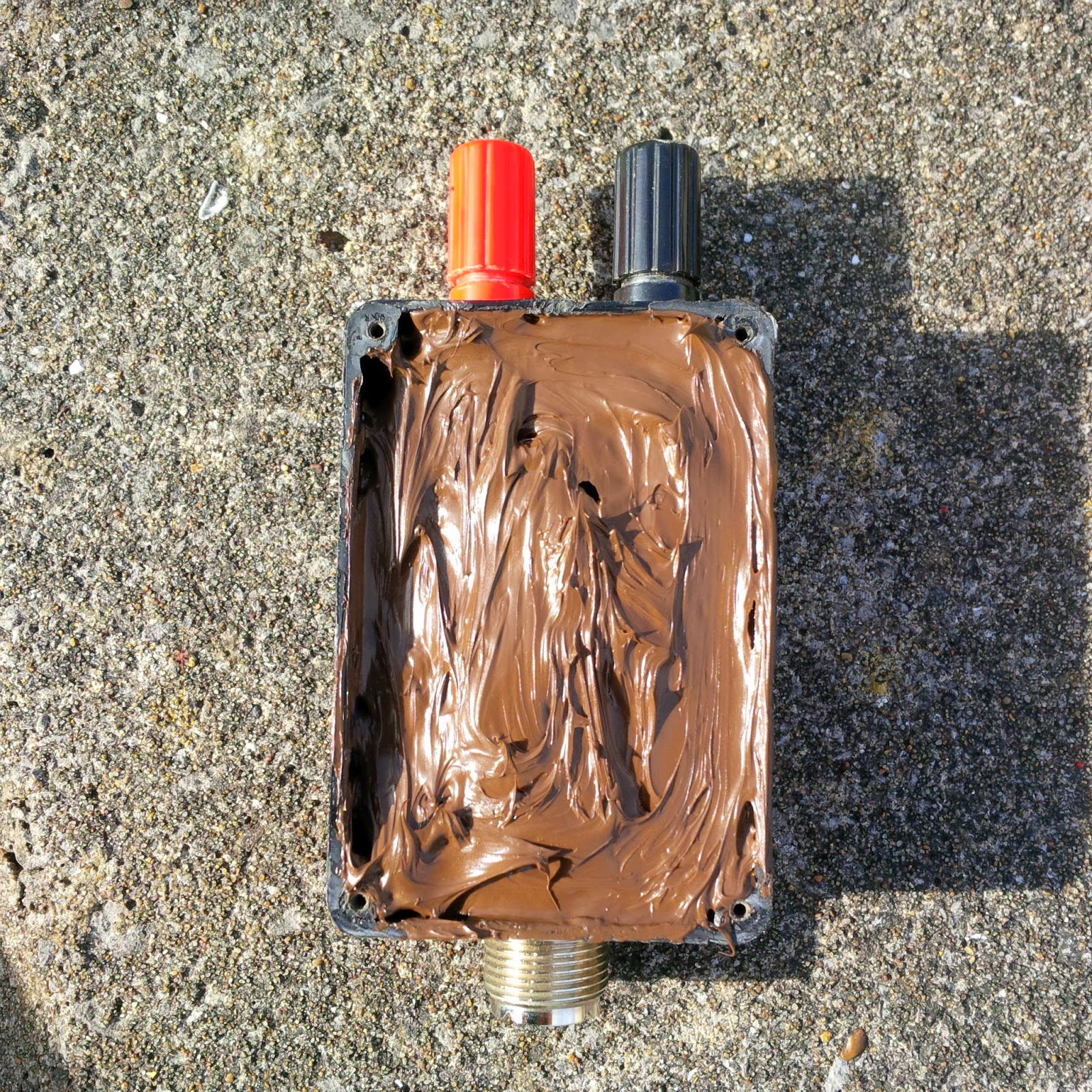